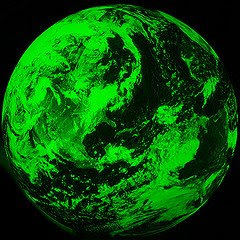 April 22nd is here again and that means it is Earth Day around the world. As part of Bloggers Unite, our fair blog has decided to take a look at sustainability and provide a voice in the global debate over going green by focusing on something in which we have experience.

Previously, we asked our readers in our sidebar poll whether the United States Green Building Council (USGBC) LEED initiative was a good measure of overall sustainability. Our poll had mixed results with most respondents agreeing with the Leadership in Energy and Environmental Design (LEED) assessment program. A full half of respondents however believe that either the initiative is not a comprehensive set of metrics or that it was too early to tell its success. To more fully understand the reasoning behind our poll, one needs to know the what, where and why of LEED and its implications.

Without going into a detailed history of the program, LEED is a set of standards and metrics by which the sustainability of building materials, systems and strategies can be measured. These are then given a point value rating and are given a certification level based on the total number of points obtained. Currently these are certified, silver, gold and platinum. We featured a further breakdown of the concepts and point system in this earlier post.

Beyond this point system underlies a more utopian goal of forming a collective of groups that include manufacturers, designers, scientists, and law-makers that all have sustainability as one of their main focuses of concern. As a side note it is refreshing to see that many developers and contractors have also joined this non-profit organization. It is our humble opinion that these key groups as well as complacent governmental bodies that have helped contribute to the destruction of much of the natural environment, especially in the United States.

Although USGBC certifies many manufacturers and their products, it also dictates a methodology of design to which all members should strive to achieve if they wish their designs to be certified. The interesting thing about this six division point process is that a lot of the concepts prescribed are very common sense approaches to site and building design. In fact, one could argue that many of these were rediscovered early in the twentieth century and then were forgotten for almost four decades. And now they have reemerged at the beginning of the twenty first century similar to the means and methods reintroduced during the Renaissance.

As the USGBC LEED enters its third iteration (v3) the exam and certification process has become more refined and less open to interpretation. If one has aspirations to become a LEED Accredited Professional then they need to approach the exam and its contents with the same respect that is given to the Architects Registration Exam for example. It should also be mentioned that another goal of the latest version is to attempt to unify codes between the USGBC and similar organizations in both Canada and Europe. This is still in its early stages.

Although the verdict is still out on LEED and its overall effectiveness, it certainly is a step in the right direction. In a time when energy use and natural resource usage (notwithstanding the global warming debate) is at a premium and the global economy seems to be entrenched in a recession going green only makes sense. As a prelude to the 40th anniversary of Earth Day in 2010, we offer this small insight and contribution to the overall global effort for better awareness.