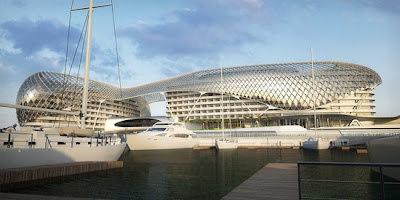 Today we feature the architecture firm, Asymptote. The second in our long promised five part series stemming from our earlier Young Architects Poll post. The New York City based firm is headed by the two principals, Hani Rashid and Lise Anne Couture and currently lists a 65 person staff. 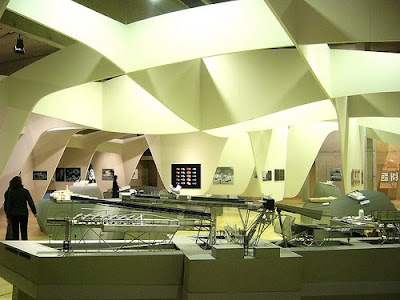 Since its inception in 1989, the firm has long been known as a predominately theoretical based practice. Using amorphous forms and high powered three-dimensional modeling computer software and captivating models, the firm has been featured in a number of magazine articles, architectural monographs and design school lectures. Asymptote were (are) regular participants in many world competitions and exhibitions to include the Venice Architecture Biennale. Its first realized commissions came through explorations in interior architecture for esteemed Italian design firm Alessi and the New York Stock Exchange. 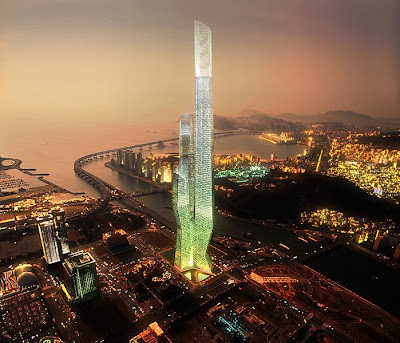 Since 2000 more projects have come to realization for the firm especially in southeast Asia, eastern Europe and the United Arab Emirates. Recently completed and current projects include: 166 Perry Street, NYC; World Business Center Busan, Busan, South Korea; Strata Tower, Abu Dhabi, UAE; and the Yas Hotel, Abu Dhabi, UAE among others. What seems to separate Asymptote from others is its particular fusion of structure, materials and design aesthetic. All of which seem to be the source of intrigue for the firm’s projects. Additionally, their introduction of refreshingly different forms differentiates how their architecture is perceived, in terms of space, rather than that of the orthogonal norm.

NCAIA Award Given to Environmental Center