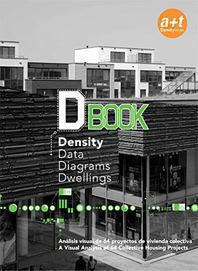 Today we feature a few excerpts from our voluminous mailbag:


a+t magazine is offering an outstanding read featuring Dutch Architecture called, “DBook“. The magazine itself comes from Spain and is also translated in English. Another fine architectural periodical from Europe.

NAi the Netherlands Architecture Institute is featuring a symposium of designers, artists and intellectuals similar to TED in the United States. Wiel Arets is assisting the NAi in their efforts and the program in entitled “Happening“. The review runs through May 4, 2008 at the NAi in Rotterdam, Netherlands.

We also have received word that the Esherick House in Philadelphia is going up for auction. For those of you in the city of brotherly love now is your chance to purchase an amazing work by one of the all time master architects, Louis Kahn. Estimated selling price between $2-3 million US.