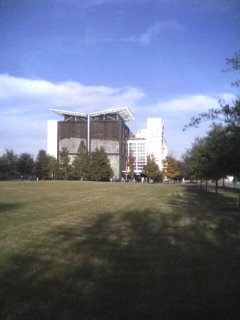 Recently I had a chance to experience the South Carolina Aquarium in historic Charleston, SC. The project was designed by Eskew + Architects from New Orleans and was completed in 1999. The aquarium consists of multiple fresh and salt-water aquariums as well as outdoor exhibits which feature many animals and plants native to the mountains, piedmont and coastal areas of South Carolina. The exhibits are contained and integrated within a structure that is stylistically Modern in origin. The South Carolina Aquarium is one of three buildings that include the Ft. Sumter Visitor Education Center and an IMAX Theater and shops. From an urban development standpoint, the entire area contrasts and sits in juxtaposition to the renowned historic context of downtown Charleston. In general, most new developments are occurring between the historic district at East Bay Street and run east to the banks of the Cooper River and have Modernist influences. 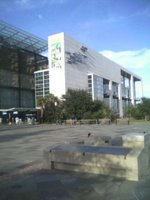 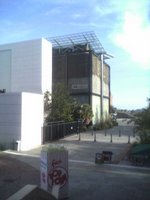 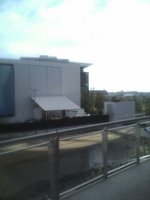 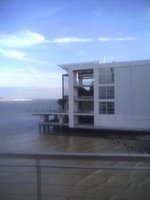